Should we make great gestures in solidarity with our historical ally, or change tack given China is our biggest trading partner?

Against this backdrop the writers orchestrate smaller cloak-and-dagger controversies. Occasionally Secret City strikes a lucky, timely twist, such as the characters' conversations around where locally-financed submarines should be built, and whether the tender should go to Japan. The producers are presumably hoping the tussling-superpowers context brings a degree of international appeal. She appears as a right-wing Labor powerbroker, huffing and puffing in the manner of a Malcolm Tucker -lite firecracker, accusing the Minister of having "Beijing on fing speed dial".

Series director Emma Freeman who directed ABC TV's Glitch and the telemovie Hawke gets good access to locations, with some of the series shot over five days in Parliament House during - of all times - the leadership handover period from Tony Abbott to Malcolm Turnbull last year. The show certainly looks the part. A follow-up series of The Code is on the way, and if Secret City is a hit Foxtel may well again follow suit. It's too early to say whether Canberra or "Canberra noir" will become more than the flavour of the month, but it's certainly good to see the national capital pried open a little and given some atmospheric heft.

The temptation for networks to try their hand at a local House of Cards must be strong. Foxtel and everyone who hasn't lived in a cave for the last few years has seen what meshing politics and soap opera can do for audiences and a broadcaster's credentials. Whereas House of Cards started out by developing strong characters and their motivations, then drastically upping the stakes, Secret City begins incident-first and retcons pertinent character information, which makes it weaker from a personality-oriented point-of-view.

At a time when public sentiment is particularly cynical about our leaders, there is something appealing about programs that imagine us as flies on the walls in the corridors of power, observing all sorts of chicanery. Despite its perception as a snooze-invoking place, Secret City and The Code remind us there is a wellspring of stories to tell in front of Canberra's politically-coloured scaffolding. Also, that not all have to do with turfed Prime Ministers - ground memorably explored in television in the documentary The Killing Season and in the miniseries The Dismissal.

Perhaps this can become an Australian television tradition: new, exciting political fiction airing every federal election campaign, just in case the election itself remains as dull as this one. Topics: arts-and-entertainment , television , government-and-politics , federal-government.

Alert moderator. Well Big M, I'm not sure the Moderator will pass the simple but profane response I have to that comment - but it's two words, second word - "you". But all the shops, culture and entertainment I need as well. I also love Hobart. Darwin is extreme but not in a bad way.

Perth is very liveable and nice.


Melbourne is not for me but it's got many good points - I quite like visiting. Sydney I have little time for, but that's just me - I fully encourage those people who love the place and would never denigrate their preference. So take your cheap shots at Canberra if it amuses you - use those conveniently meaningless cliches - like "soulless".

And don't forget to bring up the politicians too - but remember that only a couple are from here - the rest were elected by the rest of Australia and SENT HERE - they are a reflection on the rest of the country, not us. I think you're being a little hyper-sensitive Sean. I've no doubt that Canberra is a nice place to live I've been told this before. But it isn't a 'meaningless cliche' as you put it that so many of us passing through find the place soulless. That so many people say this isn't something they say just to annoy you. It really does feel that way. If it's filth and traffic, then yep - Sydney totally has it over Canberra.

But honestly - if you can't define it, then you don't understand it, so tell us what it is or all you're doing is hacking on someone else's home.

And I mean that in a friendly, non aggressive way :. Oh, so gourmet traveler mag doesn't mention many, therefore there's hardly any good food Canberra actually has more restaurants per person than any other capital city in Australia, and HEAPS of them are awesome with a whole range of cuisines at all sorts of price levels and tastes. 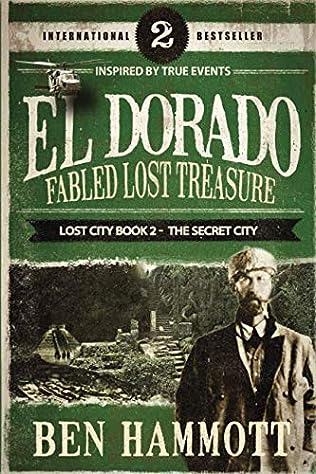 Considering there is the whole government here, there's a lot of money in this town to spend on food and bars, and they do. And there really is plenty of culture from the hi-brow, to the popular and alternative culture.

Some of the festivals that have already happened in just the last six months include the Multicultural and Fringe Festival, Art Not Apart, You Are Here, Enlighten with the Curry Festival, Floriade later in the year plus music festivals etc. There's a fantastic creative art scene, the national institutions and galleries which support a lot of art, sporting events etc.

I've lived here since I'm 28 and have never had a weekend where I've felt bored or that there's nothing to do - and I go to a lot of gigs and events. While we're not on the beach, we're only 1. Considering most people in Sydney don't live anywhere near the beach, I reckon Canberrans get to the beach just as much as most Sydney-siders do. And yes, it is quieter on the roads, but considering I get to drive to work in the middle of the city from the North and it takes me only 15 minutes, that's pretty damn awesome.

Sydney can keep it's jammed in traffic - nice to visit, but hell to live. You have to admit that you do spend a lot of time stuck in traffic in Sydney.

From what I have seen on the news it lasts all weekend long these days. I suppose that is a measure of a "vibrant" city though. The beach is only two hours away in Canberra. It takes a while to get to the beach in Sydney if you are not fortunate enough to live in the Eastern Suburbs. Like the beach, there does not seem to be much "culture " out in the western suburbs of Sydney where most people live.

There are many good eating spots in Canberra. I imagine those recommended in gourmet traveller magazine are pretty expensive. Well said Sean. Great green spaces, great architecture and great people. A young, vibrant, friendly City that you can still move around with relative ease. To people with a view of Canberra like Big M's, come and see for yourself what the real Canberra is like away from the Politicians and the Parliamentary Triangle. Possibly the solution is to sack the entire leading cast and rehire.

The injection of new blood may revive this flagging town. Otherwise we may just have to re-market as a tragic comedy.

Saw the first episode and thought it was good. Some degree of poetic licence but not too extreme. Some interesting changes from the novels e. The main journalist character in the books was a hearty male Harry Dunkley, now in the TV series a female named Harriet. Also some use of a transgender character, Kimberley All very modern. Looking forward to future episodes. There is nothing dull about Canberra, except for the mind numbing bureaucracy. But this bureaucracy, under the seal of managerialism, is liable to infest all our workplaces today - not only in Canberra, even in Timbuktu or the Canary Islands.

After living in Canberra for 4 years, I found that it was full of pleasant people and lived there for another 14 years. I've been away for 26 years, but I could not think of a better place to live based on the good people I met there. I hope the camera work is superior to the Code. There is more to be gained from making a character seem insignificant in a large space than a device contrived to make them feel at the mercy of a kafkaesque plot. The Code could have been filmed anywhere. It wasted the main asset of Canberra's emptiness. A lot of people in politics are there, as they can be relied on, to do or say whatever the party tells them to say.

That is the price of admission. A lot of politicians do not know much about their own country, let their own electorate. A lot of these people are there as no sane person wants their life turned into a circus side show to compromise your personal principles. Political parties in Australia, are corrupt.

With the LNP find anyone who does not think for themselves, and people would vote a dog into Parliament, with the Liberals, mates rates, you can only get nominates if you have had a long association with the party. With the Greens, they do not adhere to their principles, they can tell you, you should live a lean Spartan life, however, they collect a lot of campaign money, and talk about issues as though they really care.

The whole thing is rotten and false.

The Secret: A Treasure Hunt

A lot of what you don't see is, the things they do, to get their own way on issues. As well even though they talk of high principles, they leave themselves open to be bought off, with political lobbyists, advisers, big donours, union mates. Perhaps, the TV series may be taken up internationally. Latika Bourke 4-star excerpted is an example of the local Australian positive reviews that I mostly agree with:. The language is try-hard and tedious, and the plot simply corny.